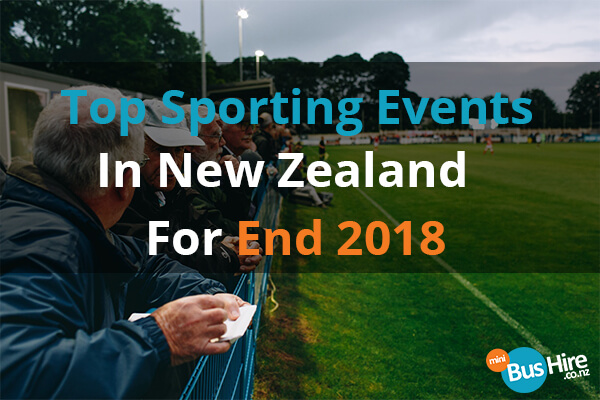 Nothing brings as much fun as attending sporting events with your friends. Find a team to cheer on or even bet on a team winning a trophy and double the fun by attending that sporting event. The following NZ sporting events will keep you busy. What’s more, they are all scheduled for the last quarter of the year. That means you can wind up your 2018 in style. Don’t forget about booking New Zealand minibus hire to make travelling between destinations easy and convenient!

Enjoy the adrenaline rush that comes along with cheering on your favourite netball team by attending the 2018 Netball Quad Series. The sporting event brings together four of the highest ranked countries in Netball – New Zealand, Australia, South Africa and England. Australia is the defending champion with New Zealand and South Africa emerging as the new favourites. The odds favour New Zealand because of home ground advantage. But like any netball expert can tell you, anything can happen. An underdog can surprise everyone. Games will be played at the Spark Arena in Auckland. Tickets sell for as low as NZ$40 and as much as NZ$70.

Basketball is one of the most popular sports in New Zealand alongside rugby and cricket. Stadia is always packed, with tickets always selling out. Tall Blacks Vs Lebanon is therefore a golden opportunity for one to cheer on either side of the two teams competing. The game will be played at the Energy Events Centre in Rotorua on the 17th of September from 7:00pm. Tickets sell between NZ$22 and NZ$35. The two sides have already met before at Asia Cup, with Tall Blacks winning 86 to 82. Will Lebanon managed to make a comeback or will Tall Blacks cement their place at the top and bag bragging rights?

Anyone who has ever attended a basketball match at the Spark Arena in Auckland will tell you for a fact that the venue never disappoints. Sunday 21st October won’t be an exception as Skycity Breakers takes on Sydney Kings. Skycity Breakers, with former NBA stars promise an action-packed game. With the home ground advantage, they are certainly the favourites. Sydney Kings on the other hand has proven to be a hard nut to crack for big and small opponents. It will be a case of an unstoppable force meeting an immovable object. Get your tickets before they sell out and enjoy seeing an Aussie basketball take on a popular New Zealand basketball team.

It is annual event that never disappoints. This year’s series will take place on the 13th and 14th of October, so you already have a weekend plan. Experience strong contenders’ field Australian GTs complete 100km on Saturday and 400km on Sunday. The event is one of the most popular in Australia, attracting thousands of locals and tourists. Muscle cars, The Porsche Cup, BWM Racing Series, Enzed Central and the Ssangyon Actyon Utes are all some of the main attractions that put the event on the map. It gets better with cool family zones and exhibits off the track to keep everyone busy.

Be part of the 13th season of one of New Zealand’s most exciting rugby events, the Mitre 10 Cup. The 14-team tournament is always action packed with tickets selling out each season. Auckland vs North Harbour will take place on Sunday 14th at Eden Park from 2:05 Pm. The two teams play at the championship level, known for its extremely competitive nature. The Championship’s winner gets promoted to Premiership status, so each match is a big deal. Enjoy concerts at halftime, affordable beer and just a good time with rugby lovers.

Mark October 28th on your calendar as yet another opportunity to see Skycity Breakers live in action against Adelaide 36ers. Will they carry the day or let down their fans on their home court? There’s a lot at stake so the game will most likely be breathtaking. Wind up your weekend in style by attending the game at the Spark Arena.

It’s tee time! This is a different one though, happening inside a stadium. The event follows the success of the inaugural ASB G9 held in November 2017. It brings together top New Zealand pastimes such as rugby, golf and cricket in an iconic setting complete with an amazing crowd. Eden Park gets transformed into an amazing nine-hole golf course. With $50,000 up for grabs for winners in different categories, this is a must-attend event. Win the price, get the coveted yellow jacket and walk home richer. You can choose to be a spectator or a player. The latter will have a chance to tee off from all the nine different locations in Eden Park.

Be part of the game or attend to cheer on your lady friends or significant other. It gets exciting with the golden ball concept. The ball allows players to buy 4 extra balls in Jameson Clubhouse before a round. The balls can then be used on the course as the player wishes, giving each player a chance to have a second shot on four course holes. This makes the event exciting to watch or play. Get your tickets ready!

The event will bring together some of the world’s most talented Freestyle Motocross and Supercross riders. This will happen at the iconic Mt. Smart Stadium for the first time. More than 6,000 tonnes of dirt and mud will be trucked into the venue to create one of the hardest terrains the world has ever seen. Extreme tracks vs experienced riders. Who will carry the day?

This is yet another netball game that promises to leave fans asking for more. Tickets are already selling, so hurry. The game will take place at the TSB Arena in Wellington. Tickets sell between NZ$20 and NZ$60.

New Zealand’s rugby junior membership has over the years produced top talents. This year’s tournament will be held at Eden Park with not just rugby as part of the event. Enjoy concerts, music or just a good time with young rugby lovers! 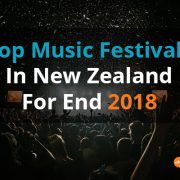 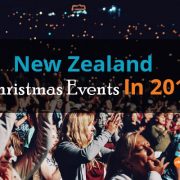 Want to join the discussion?
Feel free to contribute!

Top Destinations In Christchurch To Explore With Your Minibus Hire